The weather has been quite superb over the past few days, and I utilised my lunch break today to get out and explore a country park I visit probably once every month or two. Unfortunately, it’s pretty massive, so covering the entire place takes far longer than a single hour, though that doesn’t dissuade as there are still fungi to find – and fungi I did find.

The title of this post, I’ll admit, is a little devious. Yes, it’s winter, and yes, these are fungi, though some are perennial polypores that essentialy cheat the system a little. Worry not, however, for there are a few examples of annual fungi thrown in for good measure. Regardless, the mix found today was pretty decent, and a few of those species shown below aren’t ones I come across very often.

We’ll begin with Perenniporia fraxinea, which I found on two different ash within very close proximity to one another. The second example is easily the best, as some of the brackets were absolute monsters (though it was the smaller ones that drew my attention to them). Sadly, due to the strong sun and the sheer mass of bramble and bracken surrounding the ash, getting good photos was incredibly tough, though the ones beneath are suitable enough to offer a sound appreciation of their size. If you look hard enough, you’ll undoubtedly find similar-sized examples, as they aren’t too difficult to track down if you know where there are plenty of large and mature ash. The first example is still useful, however – it demonstrates how variable the morpohology of the species can be. 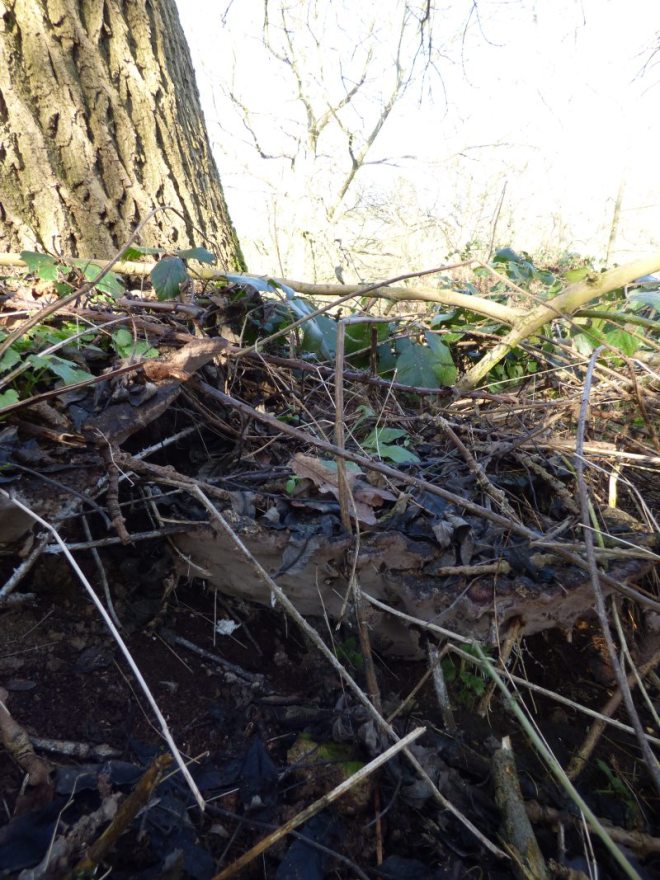 Interestingly, the first example of the above Perenniporia fraxinea yielded another treat – Coriolopsis gallica, atop. From what I have seen of this fungus, it tends to favour ash (Fraxinus excelsior), though as it isn’t one I see that often it might simply be a bias from my observations – ash are, around here, abundant, and there is no shortage of wind-damaged ash and fallen limbs adorned with fungi. Relatively nearby, another ash, in the form of a fallen limb, supported a separate colony (or colonies) of this species, and both examples are thus shown below. 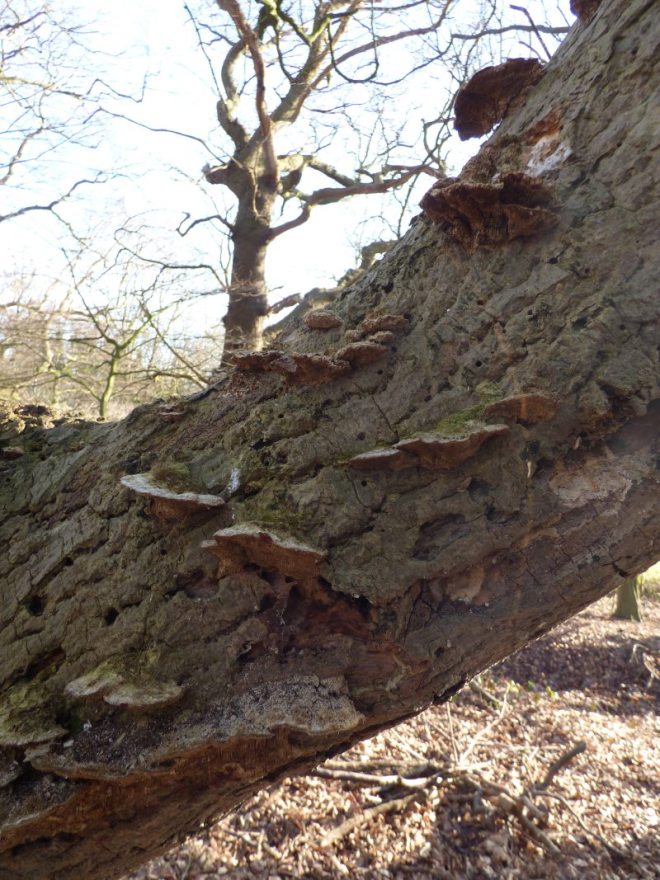 Essentially adjacent to the second example of Coriolopsis gallica stood a large hornbeam (Carpinus betulus), which had a longitudinal section of cambial dieback tracking its main stem from the death of the branch above. Despite not being at all uncommon, along this area of dieback were multiple sporophores of the fungus Ganoderma australe. 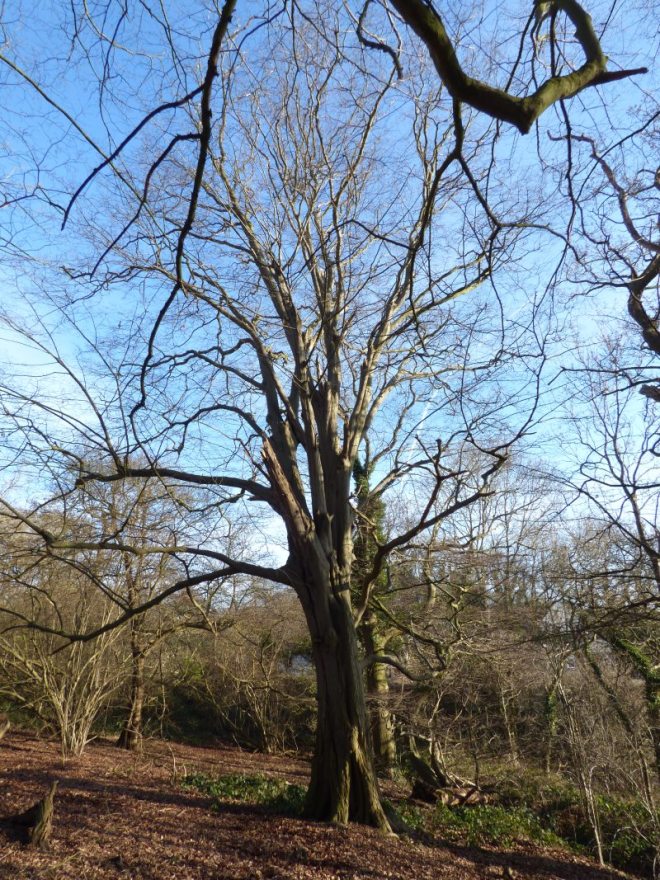 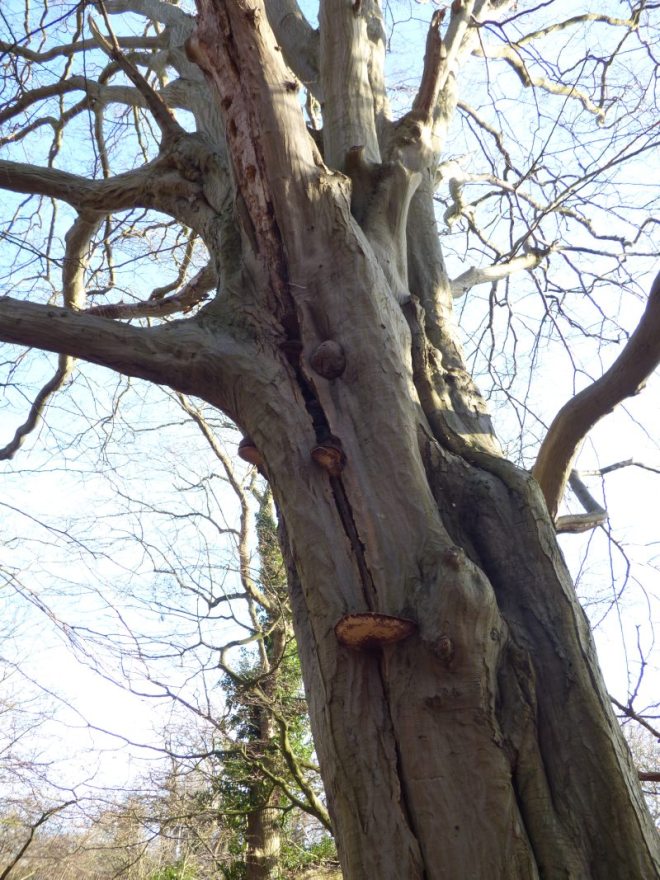 And finally, right at the top of another ash (which also was dressed with Inonotus hispidus) sat what appeared to be Pleurotus ostreatus – albeit, very mature. Exhausting my camera’s zoom lens, the below photos were captured. Given the position, size and colour of the fruiting bodies, I doubt it could be anything else. 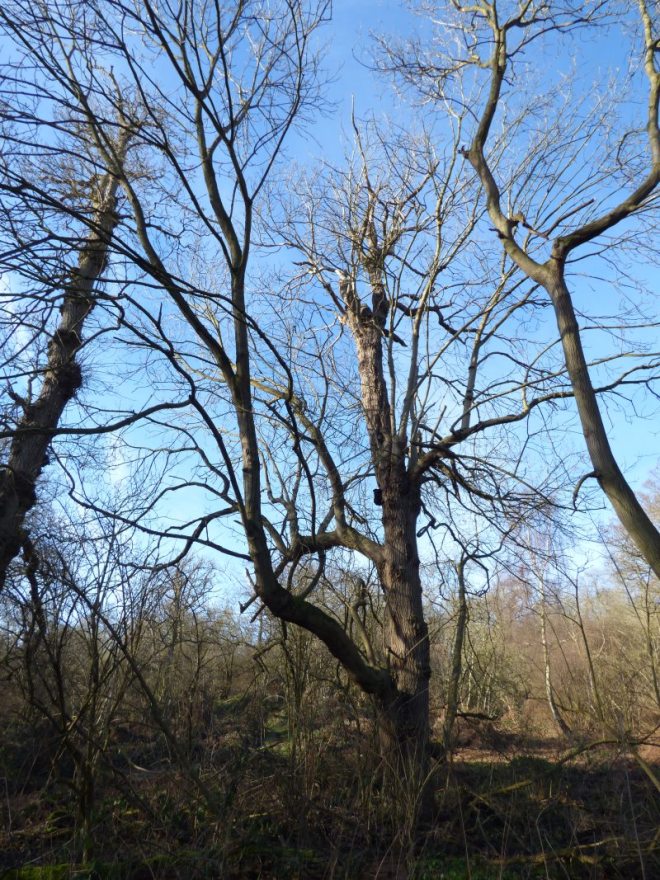 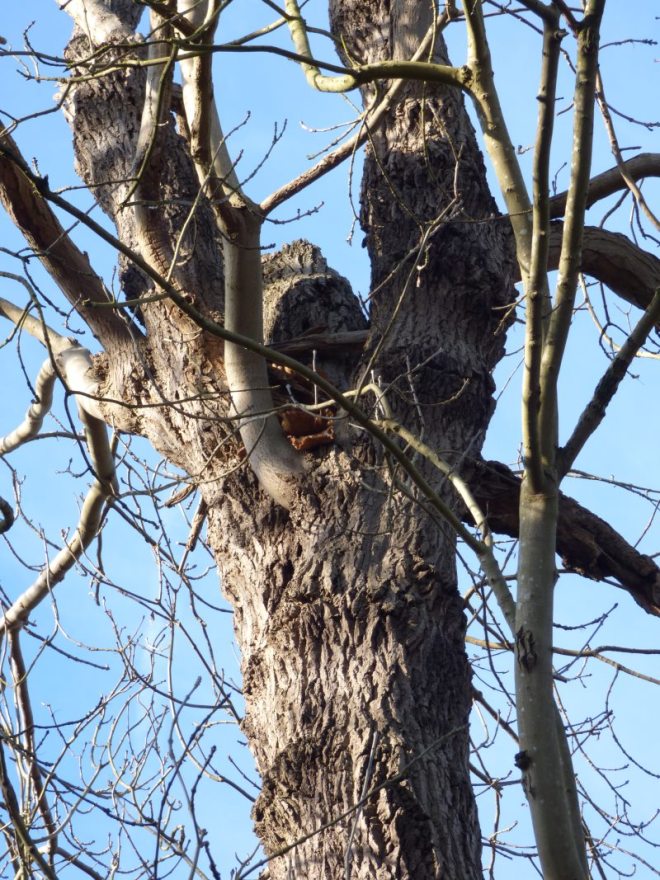 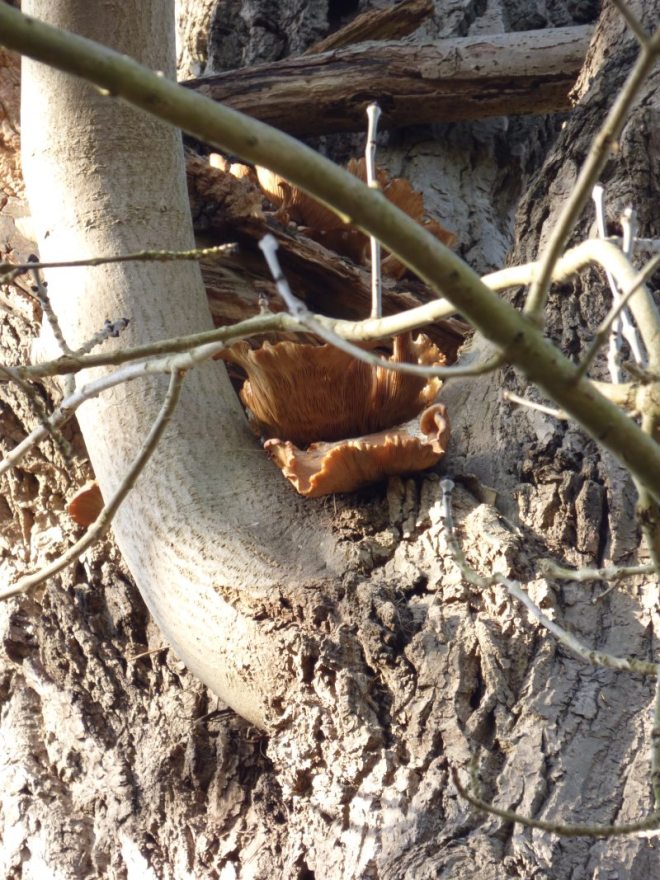 Tell a lie, there’s actually one more series of shots to show. This time, we have an oak (Quercus robur) that has fallen and since reiterated to form a new crown, courtesy of phototropism. At the cusp of the transition between functional and dysfunctional wood stood this rather tiny little sporophore, blue in colour. From my experience and knowledge, I would suggest that this is Postia subcaesia, which is a species of the genus Postia that is routinely found on deciduous trees – most species are largely found on gymnosperms, however. 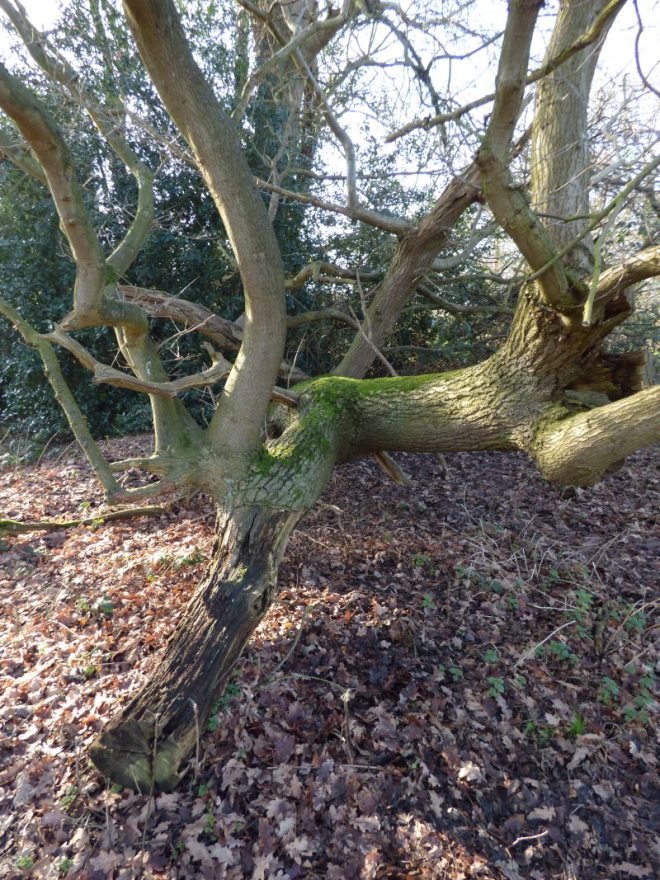 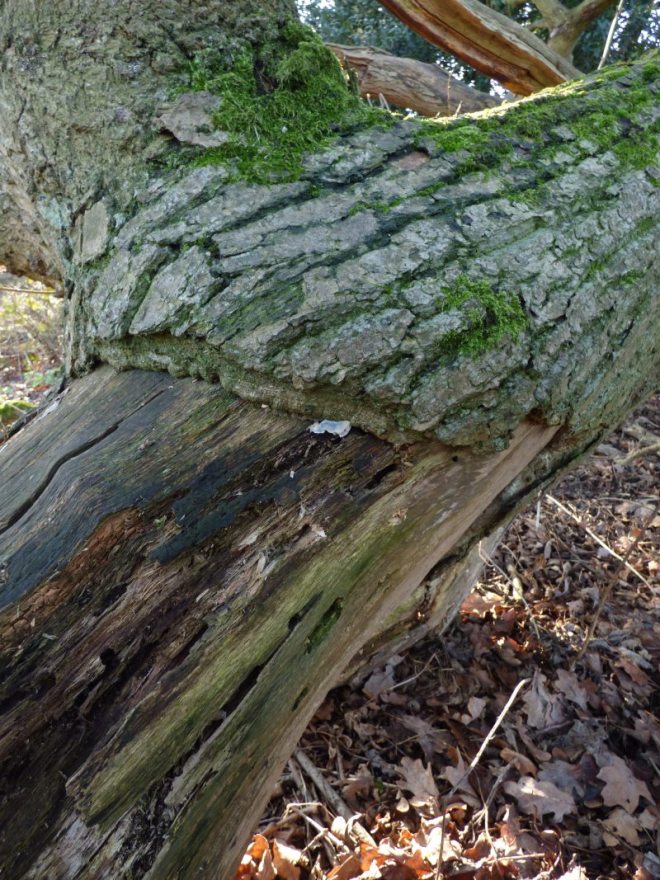